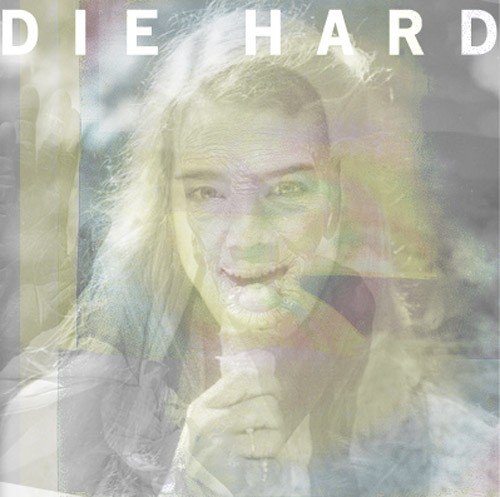 A quick perusal of Glasgow quartet Diehard’s press reveals a distinctly quirky sense of humour; from song titles like ‘Back to the Future IV’ to describing themselves as “like a cannonball dressed up in an autumn sweater”.

Further study reveals an attractive yet endearingly gawky-looking group of twenty-somethings who cite Nineties indie-rock acts such as Superchunk and Yo La Tengo as major influences.
The currently unsigned band have released two EP’s and have toured their local area extensively.

Their first full length album, entitled ‘The Times We Didn’t Have Fun’, was released in September 2011.

Opening track ‘In the Garden’ has a pleasantly spooky sounding intro which blends nicely with the fuzzy male/female vocal harmonies, with basically no drumbeat.

Essentially, it’s a long intro. This segues into second track ‘Here Goes The Rage’ which begins intriguingly with a ‘train whistle’ and a much perkier beat. Its folky, dreamy sound is immediately catching and strangely familiar.

The often dark lyrics are quite incongruent with the sweet nature of the song, a technique that is often repeated throughout the album.

Third song ‘Nailed to the Cross’ is a perfect example: it is a pretty, summer-y sounding song that literally talks about acting out the title!

The song switches to a slightly harder-edged sound midway – a nice surprise for the listener.

Another surprise comes in ‘Hands’, with its chanted vocals and quirky chiming beat; then again in ‘Shiver Through’, which contains angelic, almost hymn-like vocals.

It is clear in fact that Diehard’s main strength is their mesmerising male/female harmonising, courtesy of singers Liz Scroeter and Ezra Selove.

The vocals take a backseat during track six, ‘Mmmm’. Its ‘Thriller’-esque intro plays out over no actual lyrics, just dreamy sounds.

A sparse snare drum kicks in midway, mixed with a whimsical flute sound. Track seven, ‘No Vendetta’ is similar in lyrical style and rather experimental-sounding, with alternating time signatures maintaining interest.

My personal favourite is ‘980c’. Its sound is similar to track two, with a sparse yet catchy beat and dreamy harmonies, but with the addition of distorted male vocals.

Track nine, ‘See You Later Defribrillator’ is brilliantly titled; however, I feel it should have been the last song. Its mandolin intro and robotic vocals, combined with its length (approximately two and a half minutes) would have bookended the album perfectly.

Final Track, ‘We Said You Might Be Dead’ is again a chanted vocal, and is actually quite trance-y sounding. And is that…a xylophone I hear? Interesting!

In fact, the entire album could be described as ‘interesting. It’s a fine debut, but I don’t think we’ve yet seen the best of this band.

Once they begin to experiment more with their sound (which I feel is currently a bit limited), I predict a colourful and successful future for Diehard.