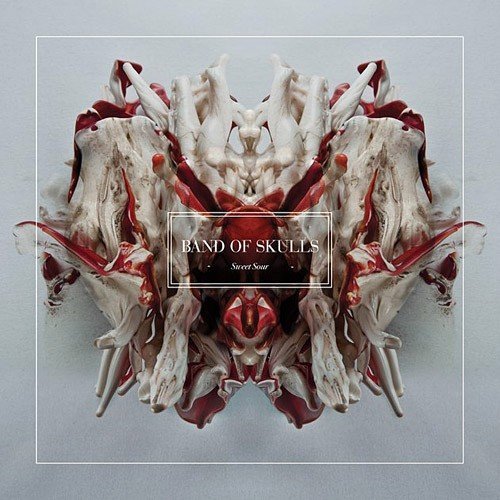 “Sweet Sour” is a 10-track album, recorded in the Rockfield Studios in Wales with producer Ian Davenport, and mixed in Los Angeles, by Nick Luanay, who has also worked with the likes of the Yeah Yeah Yeahs and Nick Cave.

The album opens with title track “Sweet Sour”, a song that, in my opinion, sounds like a cross between Muse and Kings of Leon.
This is a very strong track to open an album with, as after listening to it a couple of times, I was intrigued as to how the rest of the album would pan out.

As soon as the guitars kicked in in the beginning, one could be forgiven for mistaking the song for “Sex on Fire” from Kings of Leon album, “Only By The Night”.
After opening the album with two upbeat tracks, track three, “Lay my Head Down” is much more relaxed and chilled out, something you could imagine listening to on a cold winters evening with the fire blazing while sipping a glass of wine.

This track allows the listener to relax and listen to some more mellow tones, to make way for the heavier fourth track.

‘The Devil Takes Care of His Own’ would probably be my favourite track off the album.

Compared to the previous track, it brings back the heavier sound, waking the listener up from the relaxing atmosphere brought about by ‘Lay My Head Down’.

From here onwards, the album flows up and down, like waves, in some way.

With one track being heavy and dirty, offering up riffing guitars and fabulous drum beats, the next, an acoustic guitar and softer lyrics, allowing us to have a breather before the next heavy track.

All in all, I found the album thoroughly enjoyable.

I had heard of Band of Skulls before, but had never actually listened to their music.

I can safely say I’ll probably listen to the rest of their material, but from what I’ve heard so far, I’ve definitely enjoyed.
By Livy Kerr