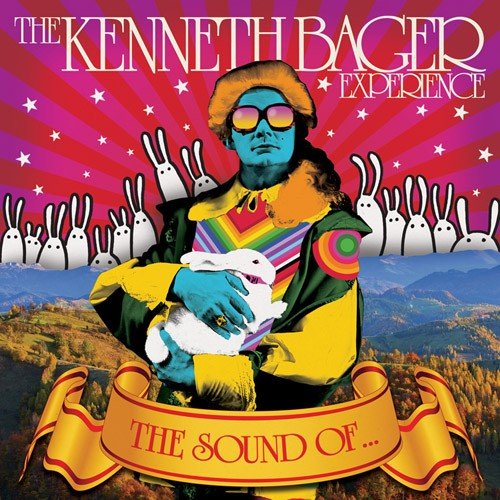 Kenneth Bager – The Sound Of… (Album Sampler) by KennethBager
“When I heard that Kenneth turned up to a meeting at Sony Germany with the album and a loads of pet boxes full of white rabbits which he then released in to the room, I thought to myself, I have to meet this guy. Then I heard the record and thought it was both genius and perfect fit for Deconstruction” Mike Pickering, MD of Deconstruction Records Sony Music.

‘The Sounds Of…’ provides the perfect introduction to the weird and wonderful world of the Kenneth Bager experience, where Balearic electronica soundtracks scenes of decadence, beautiful women frolic in lacy underwear, white rabbits are regarded as equals and the man conducting the party is dressed as Mozart.

One of the stand-out tracks on the album is the forthcoming single ’The Sound Of Swing’, a timelessly melodic summer anthem in the making which features Kenneth’s own children’s choir alongside the soulful crooning of Aloe Blacc.
KENNETH BAGER
‘THE SOUNDS OF…’ RELEASED 19TH SEPTEMBER 2011