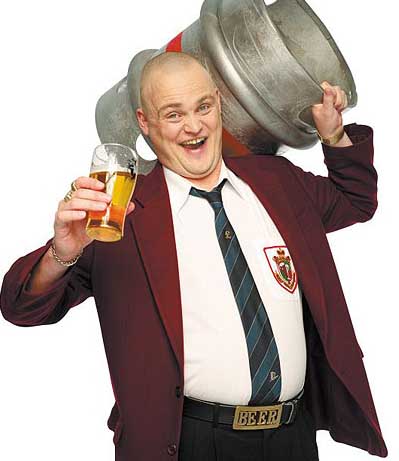 Following the five star success of his sell-out spring UK tour, including two nights at London’s O2 Arena – Al Murray The Pub Landlord has extended time at the bar; adding a date at Vicar St. Dublin on October 11th.

The Guv or will once again be hitting the road to raise a glass with you, the beautiful Irish public, whilst merrily musing over a heady brew of topics; including the global financial crisis, London 2012, and his personal crusade to fix Broken Britain.

Don’t miss this last chance to see the Guv’s biggest ever live show.