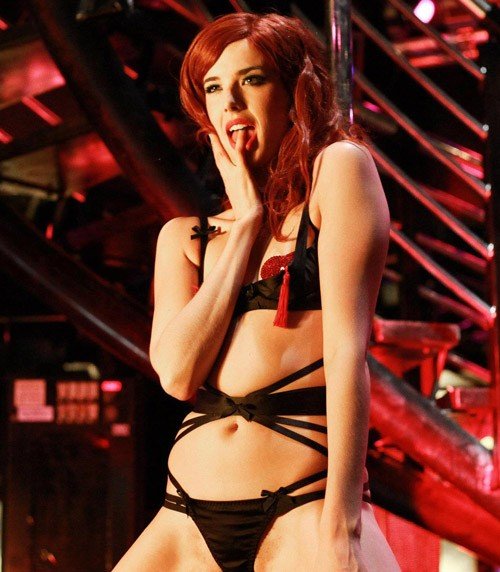 Agyness Deyn looks the part as a stripper in ‘Pusher’ – the film by director Luis Prieto.

Speaking to the Evening Standard, she said: ‘When I did Pusher in the summer, it was like: this is what I’m supposed to be doing.

‘I just loved it so much and it excites me to be able to do it. I want to do it as much as possible – film, theatre, everything.’ And director Harry Burton said: ‘Everybody who knows about Pusher thinks Agyness is genuinely talented.’

As edgy and explosive as Nicolas Winding Refn’s 1996 cult classic, this English language remake tells the story of a week in the life of FRANK, a big time drug pusher in London. Frank’s life is a fun-filled rollercoaster of a ride that soon spins out of control. 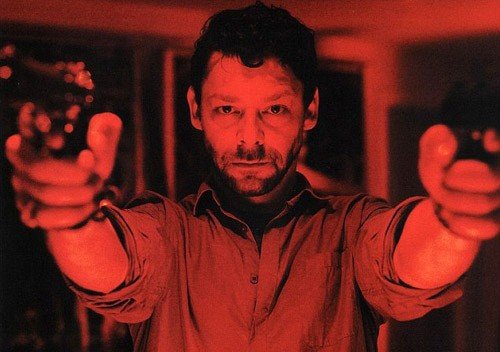 Friendships start to vanish, there is no longer room for love within his life, and violence takes over.

Danger and chaos are all around …and he becomes a man trapped in his own world. Eventually Frank is left with no one to turn to and nowhere to go, becoming a man paralysed with the fear of knowing there is no way of preventing his inevitable fate.

Fast-paced, visually striking, witty and with some of acting’s finest talents, Pusher promise to have you gripped from beginning to end.

‘Pusher’: Starring Richard Coyle, Agyness Deyn, Bronson Webb and Paul Kaye
Directed By Luis Prieto
Pusher is due for release in the UK later this year.