Sebastien Devaud, aka Agoria, makes noisy electro-influenced techno as only the French can do.
Son of an opera singer, Agoria fervently began to producing his own material in 1997.
Tracks such as ‘La 11Ã¨me Marche’ and ‘Les Beaux Jours’ have become small classics, played by DJs such as Jeff Mills, DJ Hell, Kevin Saunderson, Carl Cox, Harlem Rockafeller, Joey Beltram and Ritchie Hawtin. 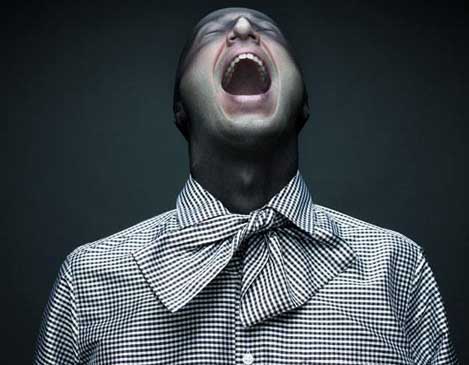 Agoria broke through out of nowhere with the now classic â€œLa 11Ã¨me Marcheâ€ a few years ago, which gained instant support from DJs such as Jeff Mills, DJ Hell, Kevin Saunderson, Carl Cox, Harlem Rockafeller, Joey Beltram and Ritchie Hawtin. . His first album â€œBlossomâ€ was highly acclaimed by the critics on both side of the channel and ‘Oceans’ was a milestone for the new dance scene, mixing melodies, groove and beats. Alongside his music, Agoria spread his dj skills around the globe every weekend from Brasil to Japan, UK, Germany, France, Belgium, Spain & Netherlands. Agoria was named Best DJ of 2004 by the readers of Tracks magazine, seeing his career take another sharp upwards turn.

Agoriaâ€™s collection of favorite tracks comes from right across the board. Iggy Popâ€™s â€˜Nighclubbingâ€™, dubbed to the hedonism of the first raves of â€˜The Age of Loveâ€™, Radioheadâ€™s idiotheque to young pianist Francesco Tristano, Basic Channelâ€™s minimalism to Ricardo Villalobosâ€™ sensitive groove. So many different universes gathered in one set, live, with no technical assistance from laptop or CDJ. Just some adrenalin, the taming of a pitch, and a good dose of desire.