Essex-based African AIDS Action [a3], which has been critical of celebrity fund-raisers and western charities, whom it accuses of creating a dependency culture and extending corruption in Africa, has reacted strongly to Irish pop-singer Bonoâ€™s claim that, â€œWhenever you see Africans saying they don’t want aid it’s pretty clear it’s not their sisters, brothers, cousins who are dying”. * 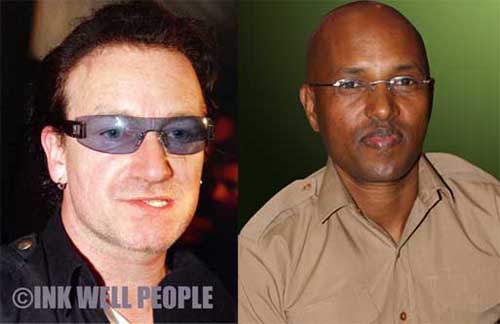 Selasie retorted, â€œI have lost my niece, sister-in-law and 47 other relatives to AIDS – my brother and sister and 54 other family members are HIV positive, so I find Bonoâ€™s comments naive and insulting.â€

â€œBut as an Ethiopian I have witnessed with my own eyes how aid and western charities have created a dependency culture in Africa, fuelled wars and benefited corrupt dictators,â€ said Selasie.

Instead of handouts from Western charities a3, is calling for well-healed City financiers to back a3 in pioneering a radical new initiative with a unique scheme where donors become â€˜investors in changeâ€™. By selling 1.3 million shares for Â£100 each, a3 is to fund a professionally run, non-profit pharmaceutical manufacturing and distributing facility in Africa, based in similar models operating in Thailand and Brazil. The plant will produce AIDS and other life saving drugs under licence in volume to make them affordable, available and universally accessible to all dying Africans. Only 25% of the 5.8 million people with full-blown AIDS in Africa have access to the life â€“saving anti retro viral drugs.

In the past decade the wealth of the richest 1,000 people in the UK has risen threefold+. Yet charity donations remain almost static. Despite the current â€˜credit crunchâ€™, City bonuses are expected to approach Â£7.5b** in 2008. It is not just wealthy individuals who displaying the characteristics of an unreconstructed Scrooge this Christmas. With the noteworthy exceptions of RAB Capital, Icap and Marshall Wace, no major institution donates a mere 1% of its profits to good causes.

With the chasm between the richest and those on average earnings growing ever wider, Selasie believes it is time these global institutions examined their place in society.

However, the whole philosophy of African AIDS Action is one of self-help and the promotion of industriousness rather than reliance on handouts.

“The City is full of people who work long and hard, who deserve their rewards and should be free to enjoys the fruits of the labour, however we all need to recognise that we are a part of a global village with obligations and responsibilities to it,” reminds Selasie.

Attracting result and accountability conscious investors, including Cabinet members, other MPs, Lords and celebrities, shareholders do not receive cash dividend. They are entitled to vote at the AGM and have a say how the pharmaceutical company shall run and distribute its product. Shares may be bought online at
www.africanaidsaction.org
* The Independent 1.12.07
+ Sunday Times Rich List
** Centre for Economics and Business Research