Following her sold out Irish debut in CrawDaddy this month, Adele returns to Vicar Street on May 16th playing from her debut album ’19’ which has achieved Gold status in Ireland. 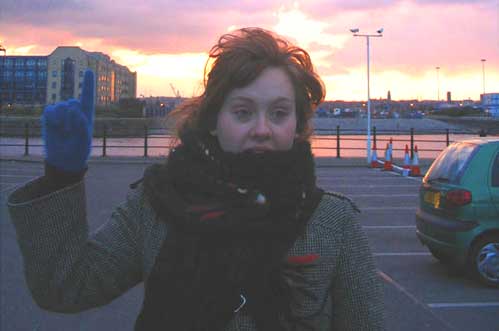 Meet one of 2008’s most exciting new talents. Even before she’s released a note of music â€“ and at barely 19 â€“ ADELE has already chalked up a Jools Holland appearance, worked with Jim Abiss, E.g. White and Mark Ronson, signed to XL Recordings and supported Jack Penate, Raul Midon, Amos Lee and Devendra Banhart.

The talented newcomer has also come top of the BBC’s Sound of 2008 poll, which showcases the best new music talent for the new year. Almost 150 of the UK’s most knowledgeable and influential music critics, editors and broadcasters picked their favourite new acts in the poll.

“In person, Adele Adkins is not too different from many other 19-year-olds. She raves about her love of celebrity magazines and boys, smokes and drinks with gusto and relishes being a drama queenâ€¦But when she gets on stage or into the studio, she reveals why she has been tipped as the outstanding new musical talent for 2008. The first thing that ensnares listeners is the piercingly poignant singing voice, dripping with soul, which goes on jazzy excursions as it swings between being sultry and joyful.”-Ian Young BBC News

“As soon as I got a microphone in my hand, when I was about 14, I realised I wanted to do this,” she says. “Most people don’t like the way their voice sounds when it’s recorded. I was just so excited by the whole thing that I wasn’t bothered what it sounded like.” Adele enrolled in the Brit performing arts school, whose graduates include hugely successful artists such as, Amy Winehouse, Katie Melua, Leona Lewis and Kate Nash. Around that same time, she began writing her own songs and honing her own soulful sound. “I love the timeless singers, I like voices.” 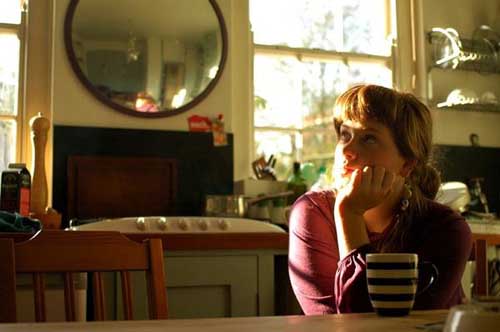 A fan of such diverse artists as Jill Scott, Etta James, Billy Bragg, Peggy Lee, Jeff Buckley and The Cure, Adele’s soul-tinged songs of love’s lost and memories made are set to resonate with all who hear them.

“I’ve got no problem explaining what my lyrics are about,” ADELE says. “I really like poetry: I’m not very good at reading it, but I love writing it. Singers like Jill Scott and Karen Dalton are amazing; proper poets.” When asked what inspires her to write, she immediately responds: “Love, I like love. ”

“I like drama. I like causing drama as well. It’s always about love or hate, really, and if I’m not in either I have to create it.”

“The whole album is about being between 18 and 19; about love,” she continues. “‘Daydreamer’ is about this boy I was in love with, like proper in love with. He was bi and I couldn’t deal with that. All the things I wanted from my boyfriend, he was never going to be. I get really jealous anyway, so I couldn’t fight with girls and boys. It’s quite a sad album, [with songs about] being cheated on and not getting what you want”.

Anchoring it all together is Adele’s incredible voice. As immediate as it is undeniable, its power is matched only by her Force 10 personality. “I’ve always liked being the centre of attention, yes,” she laughs.