The new issue of Rolling Stone, on stands and in the digital archives on April 15th, features an interview with Adele in which the British soul singer discusses a defining romantic relationship, her childhood and reveals that she doesn’t worry much about her fluctuating weight. 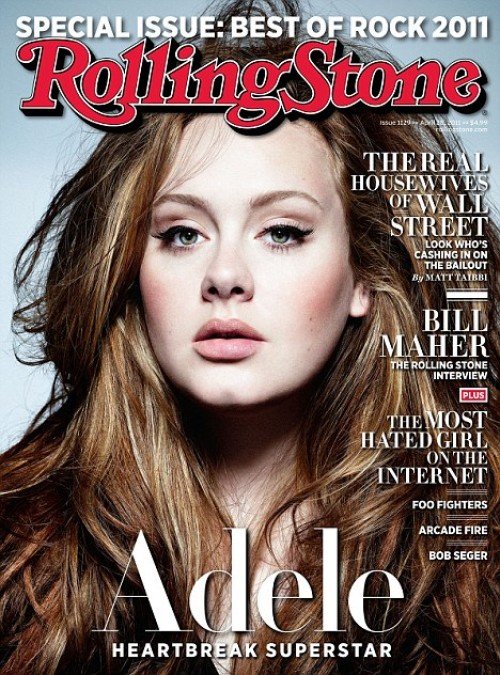 “My life is full of drama and I won’t have time to worry about something as petty as what I look like,” she tells Rolling Stone contributing editor Touré. “I don’t like going to the gym. I like eating fine foods and drinking nice wine. Even if I had a really good figure, I don’t think I’d get my tits and ass out for no one.”

Other highlights from the story:
• Many of the songs on her hit album 21 were inspired by a break-up with her boyfriend. “He was artistic, but not romantic,” she says. “We’d just bicker over a cup of tea or the fact that my lighter wasn’t working.” Nonetheless, Adele says, “He made me an adult and put me on the road that I’m travelling on.”

• Despite the fact that she’s one of the most successful new recording artists of the past few years, Adele still has terrible stage fright. “I’m scared of audiences,” she says. “One show in Amsterdam I was so nervous I escaped out the fire exit. I’ve thrown up a couple of times. Once in Brussels I projectile vomited on someone. I just gotta bear it. But I don’t like touring. I have anxiety attacks a lot.”

• Adele says her dad was never in the picture. He recently talked to a British tabloid and said that he regretted his actions. “I never knew my dad,” she says. “He has no f****n’ right to talk about me.”
www.rollingstone.com