A statement from The Drums:
“There have been some questions as to recent events and we are sad to confirm that Adam Kessler has left The Drums. 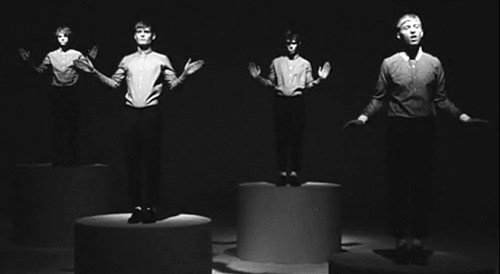 The Drums (Jonny, Jacob and Connor) will continue as a three member band, and though we are distressed by recent events we are excited for the future. Despite recent reports, we haven’t replaced anyone. We have started work on the new album and are all thrilled to be embarking on our first US tour this month and returning to the UK in November to play concerts. We thank you all for your support and will see you soon” 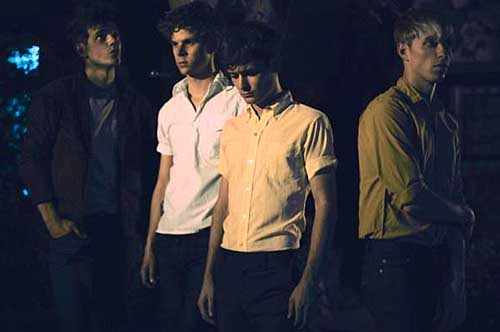 The Drums have just started their inaugural tour of their homeland, and they’re delighted to announce they will return to the UK this winter with a headline tour, and release single and live favourite, ‘Me and the Moon’ on November 7th.

The single and nearly sold out UK tour, look set to cap a remarkable 12 months for The Drums. Last week the band was nominated for “Best New Act” at the Q Awards 2010, which followed the news the band were voted NME’s “Best New Festival Band” (polling 25% of their readers’ votes) – the latter coming after a succession of thrilling UK festival shows including Glastonbury, Reading/Leeds, T in the Park, Oxegen and their support slot with Kings of Leon at Hyde Park, London.

After selling out their first London Forum show almost immediately, a second show has been announced on Wednesday 24th November.

The Drums:
Jonny Pierce, Vocals
Jacob Graham, Electric Guitar
Connor Hanwick, Drums
Off the back of their critically acclaimed Summertime! EP – released in October 2009 on Moshi Moshi Records – The Drums took the coveted opening slot of the NME tour throughout February before being crowned winners of the “Philip Hall Radar Award” at the NME awards.