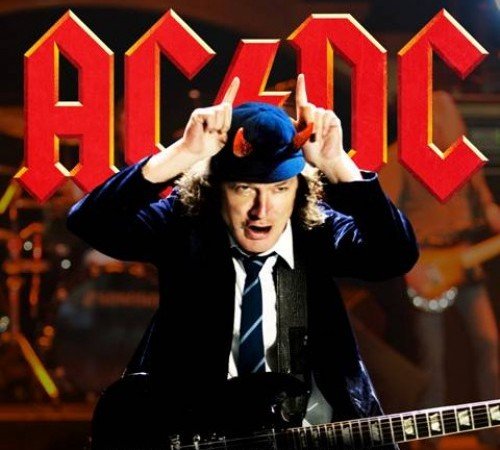 AC/DC Live At River Plate was recorded in Buenos Aires in December 2009 when nearly 200,000 fans (over 3 sold-out nights) thunderously welcomed AC/DC back after a 13-year absence from Argentina.

AC/DC Live At River Plate captures the legendary grandeur, excitement and energy that AC/DC’s live performances are renowned for.

This ultimate live recording chronicles one of the largest shows from their massively successful Black Ice World Tour (where they performed to over 5 million fans in 108 cities in over 28 countries).

The 19 tracks on AC/DC Live At River Plate span AC/DC’s extensive repertoire, including old and new classics like “Back In Black,” “Thunderstruck,” “You Shook Me All Night Long” and “Rock N Roll Train” (see below for full track listing). AC/DC Live At River Plate will be available as a special 3 disc red vinyl package as well as a special 2-CD package featuring multiple covers and a special 24-page booklet.

AC/DC Live At River Plate is available for pre-order at ACDC.com

AC/DC Live At River Plate track listing is as follows:
Rock N Roll Train
Hell Ain’t A Bad Place To Be
Back In Black
Big Jack
Dirty Deeds Done Dirt Cheap
Shot Down In Flames
Thunderstruck
Black Ice
The Jack
Hells Bells
Shoot To Thrill
War Machine
Dog Eat Dog
You Shook Me All Night Long
T.N.T.
Whole Lotta Rosie
Let There Be Rock
Highway To Hell
For Those About To Rock (We Salute You)