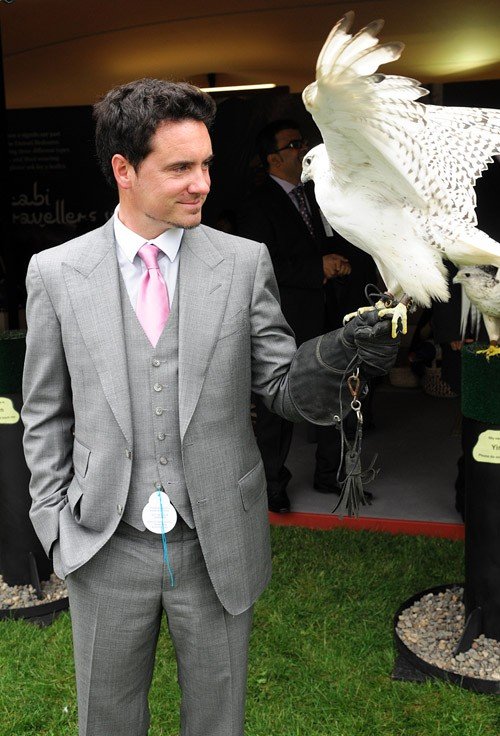 Abu Dhabi Tourism Authority (ADTA), created a centrepiece tented Arabian Village to show off some of the emirate’s cultural traditions, including falconry, henna design and calligraphy.

The festival’s features were Saturday’s Abu Dhabi Irish 2000 Guineas and Sunday’s President of the UAE Cup, a race created in partnership with ADTA, and featuring international purebred Arabian horses.

This year’s renewal was won by Theoretically, ridden by Mr S Walker and trained in the UK by Mr W.M. Smith, while Saturday’s 2000 Guineas produced a thrilling masterclass from Roderic O’Connor, ridden by the 17 year-old jockey Joseph O’Brien for his father Aidan O’Brien – the horse’s trainer.

“Wave upon wave of visitors were testimony to our scintillating delivery of Arabian hospitality,” said Angela Bates, ADTA’s Trade / MICE Promotion Senior Executive. “People were telling us the emirate is high on their travel wish-lists, because they want to see attractions such as Ferrari World, Yas Marina and Sheikh Zayed Grand Mosque. The Curragh became our home away from home for a day and we loved it,” she said.

Glamour was Sunday’s watchword when the Curragh launched the first of its six 2011 Ladies Days. Judged the Most Stylish Lady, Nicola O’Hara from Rathangan, Co. Kildare scooped a five-star holiday to Abu Dhabi courtesy of multi-award-winning Etihad.
Abudhabitourism.ae