The last ever celebrity series is apparently based on the lofty ideas of such intellectual luminaries as Dante and Sartre. The house itself is supposed to be inspired by Dante’s Inferno, a 14th-century poem in which hell is depicted as nine circles of suffering located within the Earth.

‘The famous line from Dante’s Inferno is “Abandon hope all ye who enter here” which has inspired much of what we have done to the house, particularly the entrance which is dark and cavernous with flaming walls.

‘When the celebrities arrive in the house on Sunday night they will definitely wonder what is in store for them, it looks incredibly different from previous years.’ 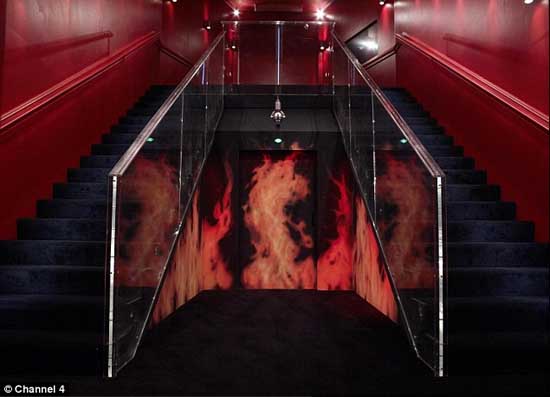 In the living area the Dante’s Inferno theme continues with gilded panels, black walls and furniture in rich reds and dark wood. 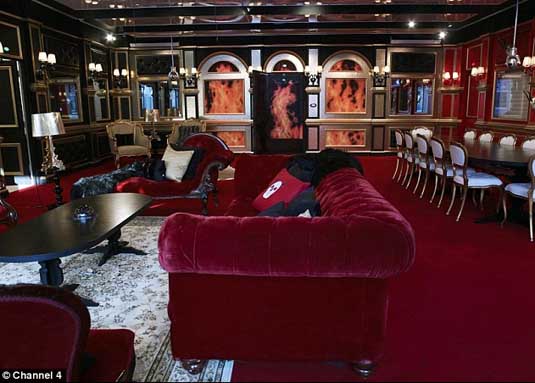 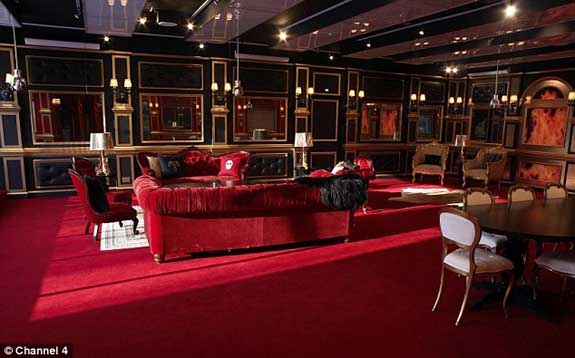 There are some ‘luxurious’ touches too, such as faux fur pelts draped over the sofas, cushions emblazoned with diamante skulls and ornate wall sconces illuminating macabre sculptures.Â  ‘As well as Dante we have been hugely influenced by Sartre’s line “Hell is other people” and the house reflects this. 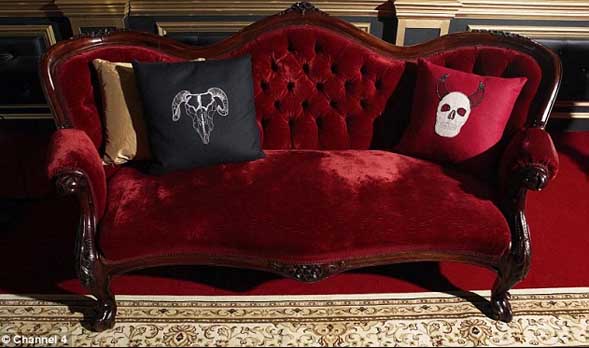 ‘Whilst the flames and dark colours might look a bit hellish to some, sometimes your actual hell is the people you’re with so we have removed some of the doors to make everything more open plan. ‘There are very few areas to go to if someone needs to grab five minutes of peace and quiet.’

Off the main living space is the kitchen which is full of outsized equipment. Inspired by a hospital morgue the kitchen is clinical and painted ‘autopsy green’. 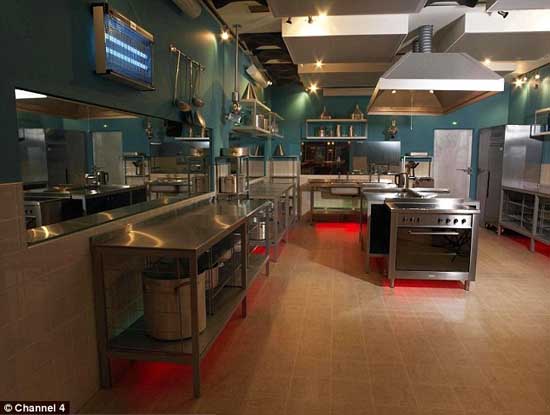 Unlike the summer show, there is no space in the kitchen to eat and so the celebrities will all have to share the large banqueting table that dominates the dining area.

The bathroom, Jones rather grandly adds, ‘looks a bit like the faded opulence of an English country pile’. The showers will allow the celebrity housemates some privacy. 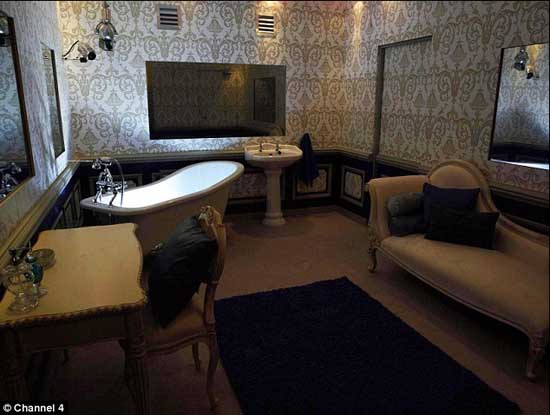