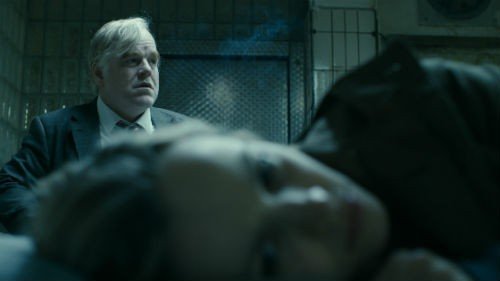 Check out the UK trailer for ‘A Most Wanted Man’, which hits UK cinemas on 5th September.

Based on John le Carré’s celebrated spy thriller and directed by Anton Corbijn, A
Present day Hamburg: a tortured and near-dead half-Chechen, half-Russian man on the run arrives in the city’s Islamic community desperate for help and looking to recover his late Russian father’s ill-gotten fortune.

Nothing about him seems to add up; is he a victim, thief or, worse still, an extremist intent on destruction? Drawn into this web of intrigue is a British banker and a young female lawyer, determined to defend the defenceless. All the while, they are being watched by the brilliant, roguish chief of a covert German spy unit, who fights to put the pieces together as the clock ticks.