A joint show of the art exhibitions that represented Ireland and Northern Ireland at the world’s most prestigious visual art showcase, the 2009 Venice Biennale is currently running at Belfast’s Golden Thread Gallery.

Venice @ Golden Thread Gallery is the only opportunity in Northern Ireland to view these exhibitions by Northern Ireland artist, Susan MacWilliam, alongside Ireland’s representatives, Sarah Browne and Gareth Kennedy. 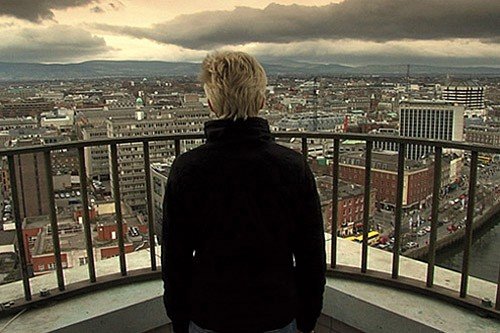 Susan MacWilliam is one of the leading artists to emerge from Northern Ireland in the last decade. Her Venice exhibition, ‘Remote Viewing’, which delved into the worlds of art and psychical research, was funded by the Arts Council of Northern Ireland and the British Council.

The main video work commissioned for Venice, F-L-A-M-M-A-R-I-O-N, which focuses on a famous 1931 seance, will be displayed at the Golden Thread Gallery.

Sarah Browne and Gareth Kennedy are recent art graduates from Dublin, and their work explores social aspects of contemporary Ireland, including issues of identity, language, labour and globalisation.

Their exhibition in Venice was supported by Culture Ireland and the Arts Council/An Chomhairle Ealaion. Key works from Venice will be on show in Belfast.

Roisin McDonough, Chief Executive of the Arts Council of NorthernIreland, describing the significance of these exhibitions, said, “The Venice Biennale attracts the world’s best-known artists, such as Tracey Emin, representing over seventy countries, so exhibiting there can have a huge impact on an artist’s career and on the international profile of the country they represent.

Bringing these acclaimed exhibitions to Northern Ireland offers a wonderful chance to see the work of three artists now considered amongst the best and most promising names to watch out for.”

This clearly indicates the huge public interest in the work and endorses the Venice Biennale as the premiere global platform to showcase the best of Northern Ireland and Ireland’s visual art on the international stage.”

Northern Ireland’s presentation in Venice was curated by Karen Downey.

Ireland’s presentation was commissioned and curated by Caoimhin Corrigan.