They say that bigger doesn’t always mean better, but when it comes to setting Guinness Worlds Records that saying certainly doesn’t seem to hold true. Just in case you have missed them, we are going to take a look at five of the biggest world records which have been set in 2018 to date. 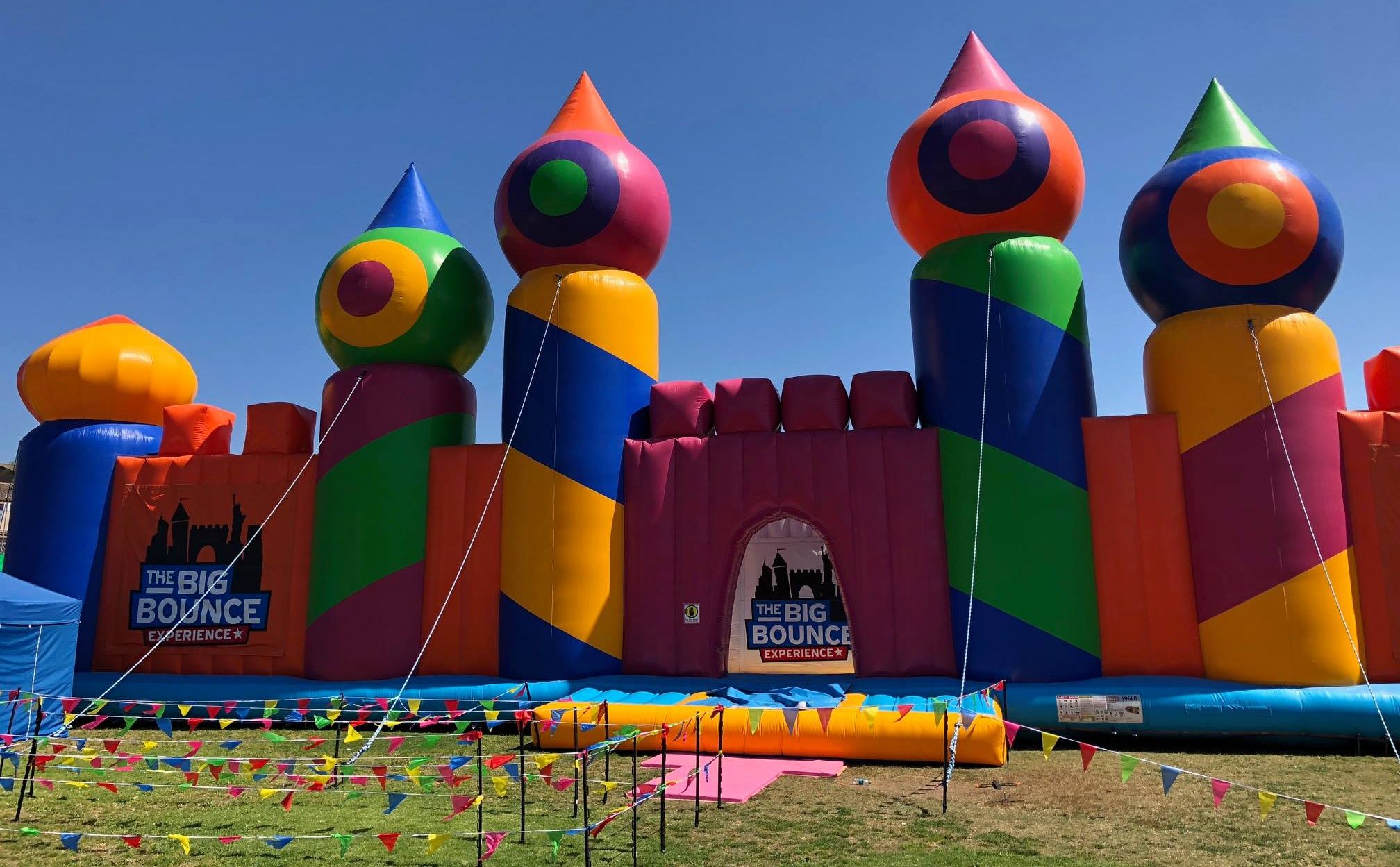 The Big Bounce America is the appropriate name of the world’s largest bouncy castle. At over a kilometre squared, this enormous bounce house puts the competition in the shade. Created in May 2018 by two British designers, this giant inflatable fun house tours around the United States offering family-friendly fun to kids and adults alike. Check out their website to see if the ultimate bouncing experience will be coming to a town near you anytime soon. 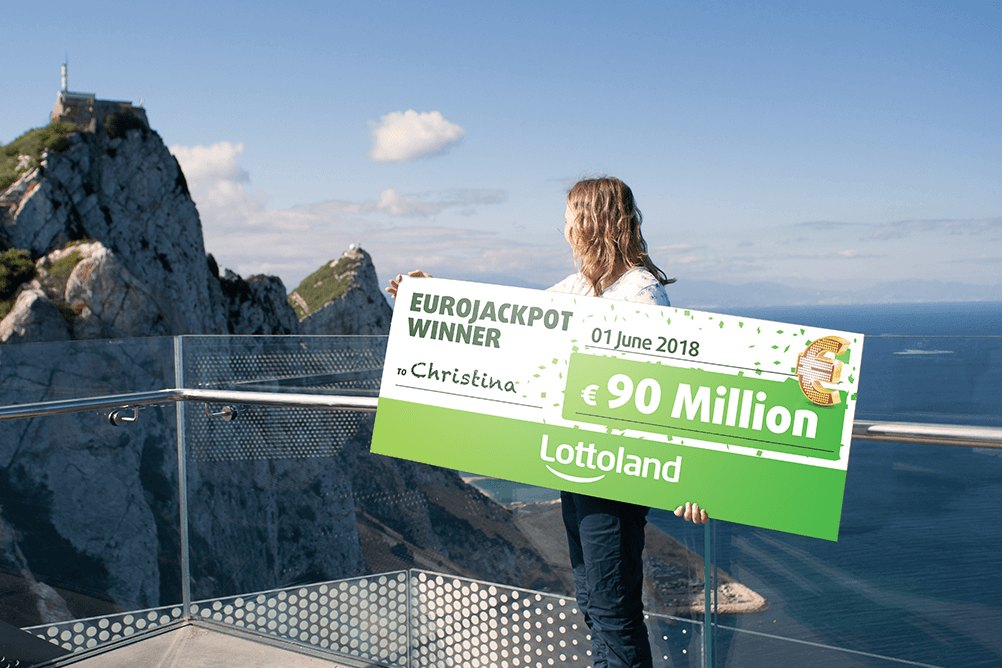 In June of 2018 Lottoland were confirmed as Guinness World Records holders for paying out the largest online gambling win of all-time. When Christina from Berlin won the jackpot from a bet on the multi-national EuroJackpot lottery, her payout of €90 million (£79M/$105M USD) put her and Lottoland into the record books. With plans to travel and set up family members for life, we’re sure that Christina appreciates her good fortune as she hit the jackpot with just her second lottery bet with Lottoland. 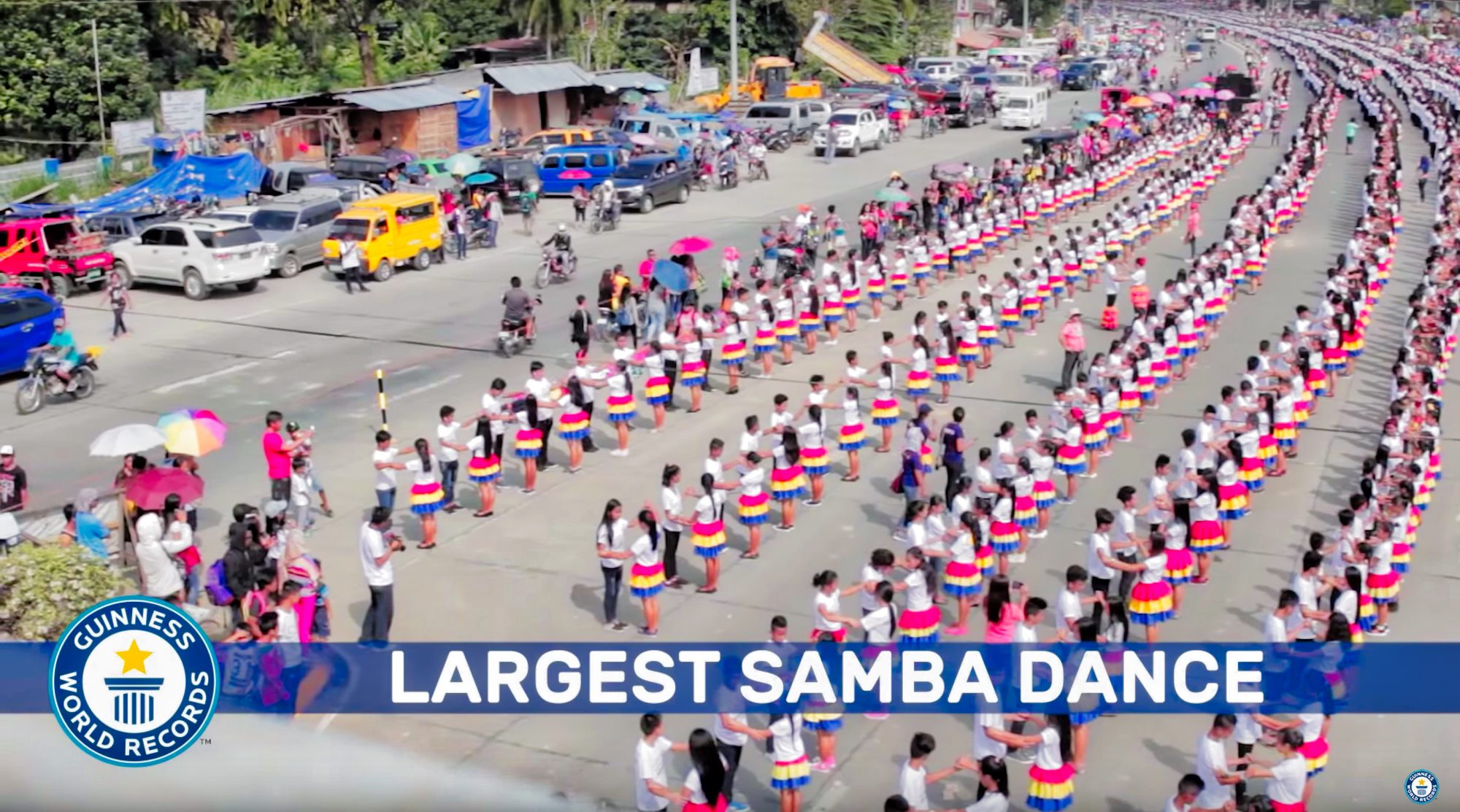 You may not be familiar with the city of Kidapawan in the Philippines, but its tourist department is doing its best to put this town on the map. Having set the record for the largest cha cha cha back in 2014, the tourism office has managed to successfully organise an attempt on the samba record. More than 15,000 people took part, lined up in four rows of couples that stretched for 5 kilometres each. The record-breaking dance took place on the 20th anniversary of the city’s foundation, and no doubt they will be planning more record attempts in the future.

The world’s biggest porcelain doll was created in 2018 in the Chinese city of Jingdezhen. The doll measures 1.72 metres (that’s about 5 foot 8 inches tall) and is quite a striking figure. It’s fitting that the creators of this doll hail from Jingdezhen, since this city has been famous for its porcelain for centuries. Not sure if this is one for the kiddies though, as it looks like the kind of doll that could cause nightmares! 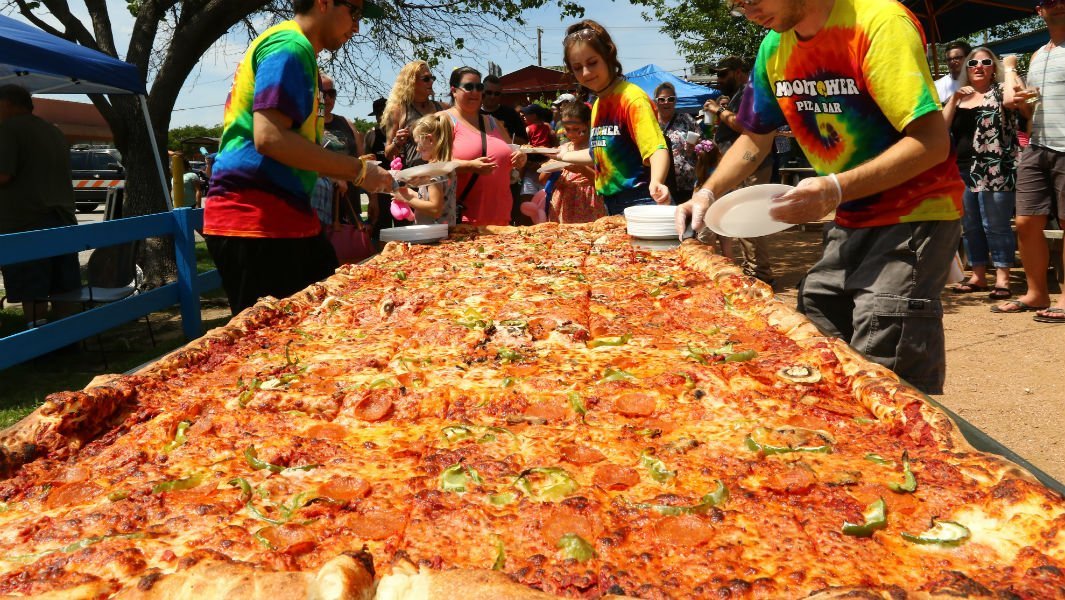 Let’s finish our list with something to really get your teeth into. Moontower Pizza in the town of Burlson, Texas have created the world’s largest pizza that is commercially available. This 8 foot by 2 foot monster is called ‘The Bus’ and will be delivered to your house for $299.95 (plus tax) as long as you order 48 hours in advance. If you plan to order this record-beating pizza then you should pay attention to Moontower’s warning on their menu: “you better be hungry!”