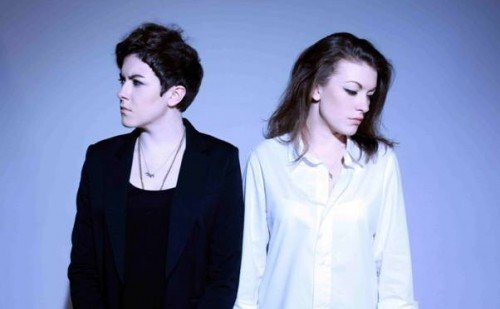 Over the past year 2:54 -sister duo Colette and Hannah Thurlow – have established themselves as one of 2012’s most important breakthrough UK bands.
With the announcement of their eponymous debut album they’re preparing to unveil the writing and recording work that’s occupied much of their time since the band’s inception, and fans of their unique and enveloping sound should prepare to have their expectations obliterated.

Recorded mostly by Mercury-winning producer Rob Ellis (PJ Harvey etc), and all mixed by the legendary Alan Moulder (Smashing Pumpkins, Nine In Nails etc), their debut album collects together a cohesive and captivating selection of highlights from their already burgeoning catalogue.

Over the course of its 10 tracks it becomes clear that this is a rarefied, captivating affair, a beautifully sustained exercise in mood and tension that almost feels in a league and scene of its own.