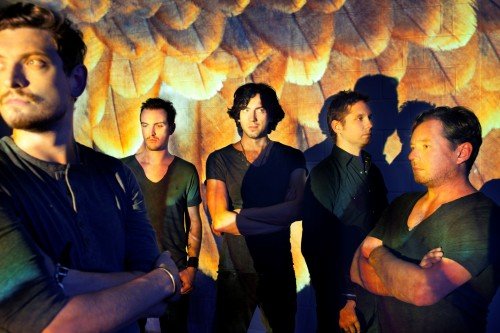 MTV announced that Northern Ireland’s most successful music export, multi-million-selling indie rockers Snow Patrol, are set to perform at a landmark 2011 MTV EMA event which will take place against Belfast’s iconic City Hall on Sunday 6 November.
Snow Patrol’s performance at the free, ticketed event, which will be staged by MTV to give as many of Belfast’s music fans as possible the opportunity to be part of its awards celebrations, will give the 15,000-strong audience a taste of the band’s upcoming 6th studio album, Fallen Empires, in addition to era-defining classics including Run, Chocolate and Chasing Cars.

Snow Patrol’s performance will be beamed live into the 2011 MTV EMA which will be taking place simultaneously from Belfast’s Odyssey Arena – and showcased on MTV around the world.

MTV also announced today that the star-studded EMA line-up at City Hall on 6 November will include chart-topping US singer-songwriter Jason Derulo, who will be appearing fresh from the international release of 2nd album Future History. Derulo’s performance will feature in 2011 MTV EMA Red Carpet Live which will be broadcast on MTV as anticipation builds for the glittering awards.

US rock trio Boyce Avenue have been selected to open the event, which will take place from 6pm – 9:30pm (doors open at 5pm).
Commented Snow Patrol: “We’re really looking forward to performing for the EMAs at such a special location on home-turf. It’s going to be a great night and a lot of fun.”

Added Jason Derulo: “This is my first EMA and it’s an honor to be asked to perform as I’ve always been an MTV fan. I am also very excited to perform for my Irish fans and visit Belfast for the first time”.

In order to accommodate music fans the 2011 MTV EMA event at City Hall, a small number of retailers in Belfast City Centre will close from 4pm on Sunday 6 November. Full details of stores affected and traffic arrangements can be found on belfastcity.gov.uk/musicweek.