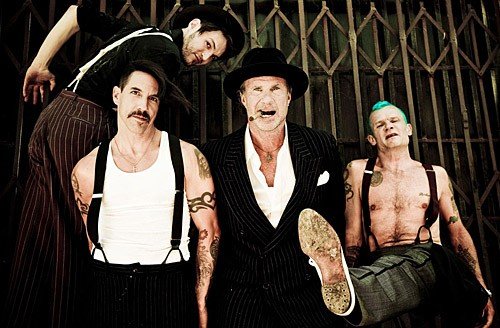 Fresh off the release of their latest chart-topping album I’m With You, these legendary funk rockers from California are guaranteed to give fans in Belfast – and MTV audiences around the world – an unforgettable performance that will show why they continue to be one of the biggest rock acts on the planet. Hosted by multi-talented singer and actress Selena Gomez, the “2011 MTV EMA” will premiere Sunday, November 6th at 9PM BST* from Belfast, Northern Ireland.

“We haven’t played in Belfast in a long time, so we’re really looking forward to performing at the ‘2011 MTV EMA’ and seeing all our fans!” the band said.

MTV also announced today that for the first time ever, the “MTV EMA” will be presented from three locations throughout the show’s host city. Belfast’s Odyssey Arena will serve as the main stage, with the two other locations in the city to be announced in the coming weeks.

Viewers can vote for their favourite EMA artists by visiting mtvema.com.

Lady Gaga leads the pack of EMA nominees with six nods, with Katy Perry and Bruno Mars following closely behind with four nominations. Adele, Justin Bieber and Thirty Seconds To Mars are each up for three awards.