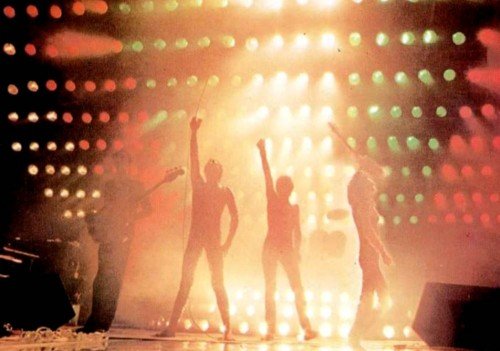 Queen, one of the most dynamic and influential rock bands of all time, will be honoured with the Global Icon Award at the “2011 MTV EMA” in Belfast.

“We are honoured to be designated a Global Icon. We will do our best to be worthy!” said Queen’s Brian May

The legendary rock band will also take the stage for a special performance. This year marks the 40th anniversary of Queen’s formation in 1971; since then, these Rock and Roll Hall of Famers have garnered a long list of accomplishments and accolades, including career sales of more than 300 million albums, 16 No. 1 albums, 18 No. 1 singles and the UK’s top-selling album of all time (their Greatest Hits compilation has sold a staggering 5.7 million copies).

Hosted by Selena Gomez, the “2011 MTV EMA” will premiere Sunday, 6th November at 9PM BST from Belfast, Northern Ireland, and is sponsored by Dell, Replay, Hyundai and Swatch. Local host city support is provided by Belfast City Council and the Northern Ireland Tourist Board.