All music leads back to the Blues. Rock and Roll was born at that lonely old crossroads where Robert Johnston sold his soul to the devil in the mid 30s. It wasn’t until the early 60s that blues really exploded on this side of the pond.

Fed up with the hysterics of Beatlemania and the dying skiffle scene a new breed of teenager re-discovered the roots of rock and roll – real life tales that pulsed with barely repressed sexuality and violence.
In bedrooms across the country earnest young men sat, guitar in hand, mastering this exciting music. The linked up with like minded souls and formed bands. Bands like Cream, The Rolling Stones and Them.

Van Morrison’s passion for the blues was fuelled by a musical household and a precocious talent as he struggled against a near crippling teenage awkwardness. What he lacked in social skills he made up for in skill and drive. When he found that no-where would play Them’s own brand of raucous blues he opened a club dedicated to the music at the soon to be legendary Maritime hotel, a classic spit and sawdust venue and an ideal showcase for the uncompromising blues displayed by Them and their contemporaries. 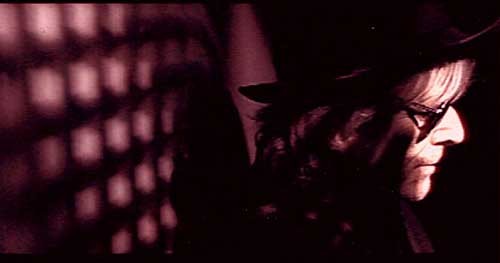 Sadly the Maritime Hotel is long gone, but the spirit lives on in the hearts of the die-hard aficionados that remember the glory days of Van, Rory and Gary taking to the stage at a time when the Northern Irish music scene stagnated under the weight of countless generic Showbands and the opening years of The Troubles. The Maritime Hotel gave a home to these bands no-one else would have long before the punk explosion, preserving ‘real’ original music in a cultural vacuum.