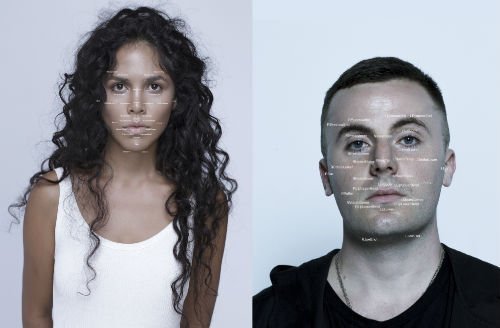 US based duo 18+ (made up of members Boy + Sis) debut album ‘Trust’ is out now. The album is a collection of hypnotically addictive and alluring modern pop tunes. From the album, here’s the homemade video for ‘All The Time’. 18+ will be returning to Europe to bring their unique brand of unsettling R&B on an 8 date tour kicking off at London’s legendary Corsica Studios on 28th January 2015.


This is ‘Dry’ and their debut single ‘Crow’.

‘Drawl’ was used as soundtrack for Prada campaign videos…

On the characters the “thug” and the “bitch”, on the album Sis revealed to Dazed: “The way I write and record, I’ve learned to trust intuition. And it’s often surprising what comes out in the first take. Oftentimes I feel personalities come out that are suppressed in the real world, like very romantic or very angry. Things I wouldn’t say in front of people.”

To accompany the announcement of the tour 18+ are giving away a free download of their track ‘Rebirth’ here.