The new £18.1m Lyric Theatre on Belfast’s River Lagan opened its doors at the weekend with a series of special events. On Saturday, in the Naughton Studio, the opening ceremony included performances from actors Adrian Dunbar and Simon Callow, and concert pianist Barry Douglas. 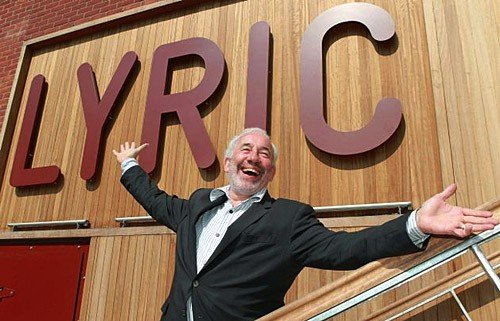 The Lyric’s Patron, Liam Neeson OBE, sent a message of support while filming on location in America: “You have taken the Lyric from a dream to a concrete idea, to a physical manifestation. You have made this building an actuality.

May it be a living, breathing monument to and for the spirit of the people of Northern Ireland. I congratulate you all, and send my warmest regards for this great achievement.”
On Sunday, celebrated playwright Brian Friel officially opened the Northern Bank Stage.

He told the invited audience, “I pray that Belfast, which must be rightly proud of what has been accomplished here, may reap the rewards of sustaining this theatre and that its excellence and excitement find echoes in the daily lives of Belfast people.”

The 390 guests including Lyric alumni Ciaran Hinds, Conleth Hill and Brid Brennan took their seats for a gala performance of The Crucible, directed by Conall Morrison.

The Lyric is a landmark building signaling the continued regeneration of the city and is viewed by many as a catalyst for real progress in arts provision for artists and audiences alike.

“When we took the first steps on the journey to rebuild our home almost a decade ago we could only imagine the day we would unveil our new theatre – but that time has come at last,” said Lyric Chairman Mark Carruthers OBE.

“This project has never been about just bricks and mortar. We were always focused on a bigger vision – a new landmark building which would be both functional and handsome, certainly – but more than that, we wanted to build a real home for everyone with an interest in theatre, and one that will play a central role in the cultural and economic development of Northern Ireland.”

With its cast of 19 actors, the opening production, The Crucible, will be one of the largest the Lyric has ever produced and is an ideal opportunity to break in the theatre’s rehearsal room with a wealth of local talent and showcase the new auditorium, the Northern Bank Stage.

Other highlights in the opening season include Martin Lynch’s Dockers, Kenneth Branagh and Rob Brydon in The Painkiller, and family musicals The Jungle Book and The Little Prince.

And opening the Naughton Studio is Brendan at the Chelsea, a bio drama of Brendan Behan, written by his niece Janet and brought to the stage by Adrian Dunbar, who will direct and lead the cast as Behan.