Are you envious of all your friends who woke on Christmas morning to a brand new console? Don’t worry because according to the gamers at Video Game News UK there are a whopping 13 games you’ve probably missed. 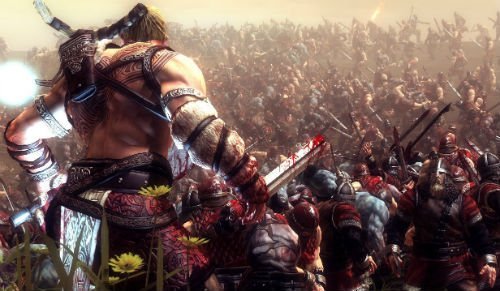 From the makers of the Total War series comes a 3rd person, open world, Action/Adventure game. It’s a slightly bitter-sweet tale this one…stunning visuals, great combat and more enemies than you can wave a bloody stump at.

Sadly though, the game is marred by an horrendous amount of glitches – some of which are potential game killers – and a baron, boring landscape that has endless space to explore but seemingly nothing to find! 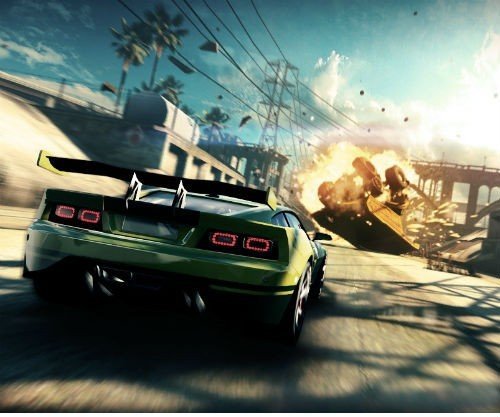 So Disney released a racing game. It’s probably set in a fantasy world i hear you say, of handsome princes, magical spells and wonderment…WRONG!! Split Second is far and away my favourite racing game of this gen.

The game play feels like Burnout, the visuals are stunning but what sets this game apart from other drive-em-ups is that you can destroy each track with explosives in order to give you a tactical advantage (or disadvantage as is sometimes the case).

For example, one of these track locations is set at an airport where the control tower can be collapsed onto the track, the terminals blown out from the inside and incredibly, if you save up enough power and time it just right, you can trigger a cargo plane to crash into the runway as you and you competitors scramble up it towards the finish line! 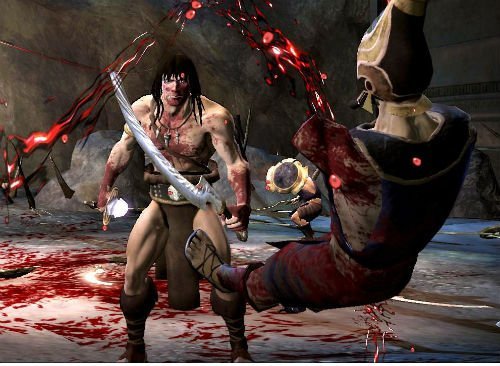 Think God of War, Dante’s Inferno, Devil May Cry. There’s nothing new here…just loads of blood and gore, bare chested women and a surprisingly deep combat system. Released only 6 months after the launch of PS3, don’t expect to be blown away visually but instead surprised that a game as good as this existed so early in the generation and yet, was somehow still overlooked for the most part. 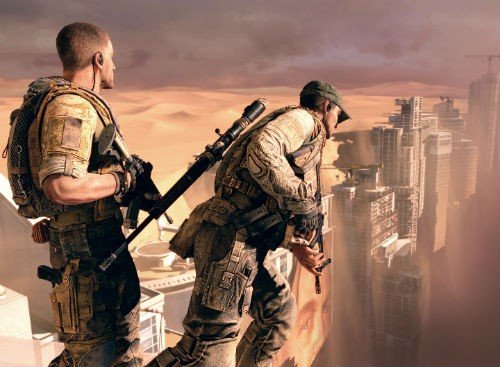 Dubai – a playground for the rich and famous and the capital for indulging in ones wealth. Well, not anymore…not since a massive sandstorm ripped the city apart and buried it deep in the desert. You take on the role a Spec Ops soldier sent in to investigate the disappearance and possible defection of your former mentor.

The game play isn’t great, like a twitchy Gears of War. However, never in the history of Video Games has my jaw dropped lower than the culmination of this games story. Mind blowing is an under statement, you will immediately NEED to play it again!! 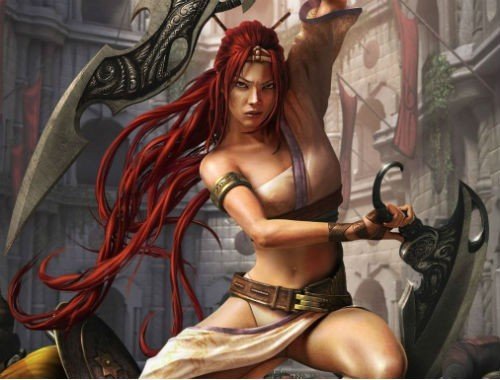 Chances are, if you owned a PS3 during the first year of it’s life you will not have missed this game. Sony’s new console was a baron stretch of mediocrity and had a such a lack of quality exclusives that the release of Heavenly Sword was met with mass excitement and anticipation.

However, since then the console has pumped out quality exclusive after quality exclusive and Heavenly Sword has all but been forgot about. 3rd person, action adventure in the style of God Of War…with arguably the best voice acting of any game this gen.

CALL OF JUAREZ: BOUND IN BLOOD 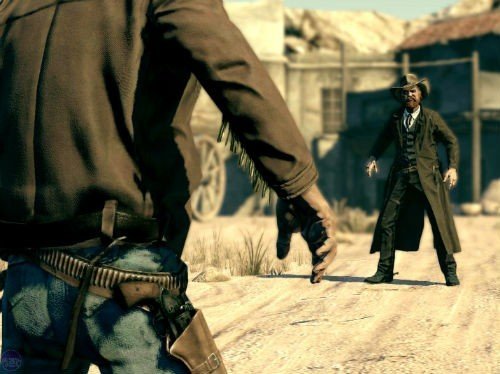 If you’ve played any of the other CoJ games, you’ll probably think this is another heartless, vague stab at the FPS genre.

The reality is though that Techland have somehow managed to get this one right. There’s Red Dead Redemption style “Dead Eye”, great visuals and a surprisingly engrossing story. 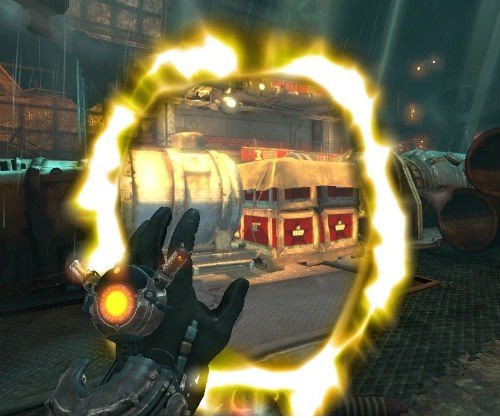 An FPS with a Bioshock feel to it. The narrative is a Sci-Fi gem, based around time travel and manipulation. With great visuals, multiple endings, a deep and a diverse combat system…it amazes me how this game ended up with a Metacritic score of just 77 – COD:MW somehow earned a 94 by comparison!! Incredible… 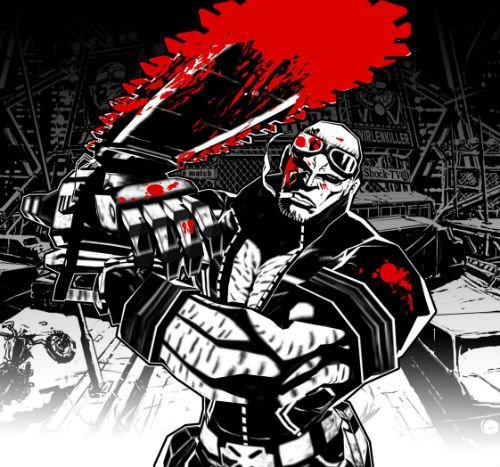 There isn’t many decent 3rd party games for the Wii and there’s even less hardcore action games. This is both!

Brought to you by Sega, Madworld would put you in mind of Running Man (the Arnie Movie) in the visual style of Sin City. The protagonist Jack Cayman, must brutally mutilate his way through levels of a TV game show in order to receive the vaccine for a blah blah blah…!!

Narrative is not this games strong point, pulling enemies apart with your bare hands (or WiiMotes), stuffing them in a bin and then impaling them on a street sign however, is. This game is gory on a level of Peter Jackson’s Braindead but it looks like a comic…which no doubt is the only reason Nintendo gave it the nod. 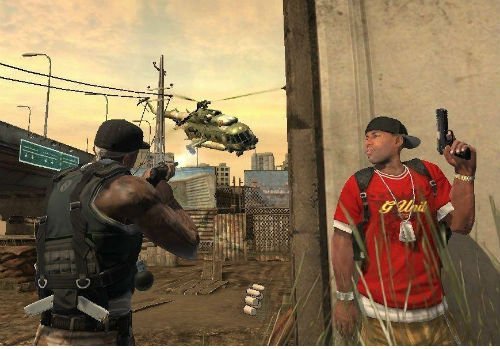 No, I haven’t lost my mind. This is a surprisingly fun game! Ok, so the perforated, self obsessed P.I.M.P is the hero and he spends the entire game spouting hollow one liners that would make Schwarzenegger cringe…but the game play is effectively ripped straight from Gears of War.

So instead of steering Marcus Fenix through the hoards of Locust, you’re steering an invisibly pathetic rapper through the Middle East. It’s brainless yes…but it’s also a lot of fun. 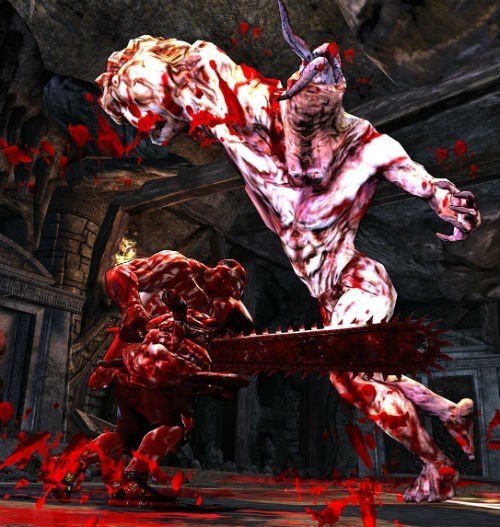 Yes, they really did remake the 1988 arcade classic with HD graphics and modern, intuitive controls! Admittedly, it wasn’t all it could have been. The combat is repetitive and a lot of the game feels like a grind.

Especially if you weren’t lucky enough to play any of the older games as a child and therefore develop that lovable sense of nostalgia. It’s violent, gory and looks good for a game that’s over a quarter of a decade old so if you haven’t already, you should check it out.

ENSLAVED: ODYSSEY TO THE WEST 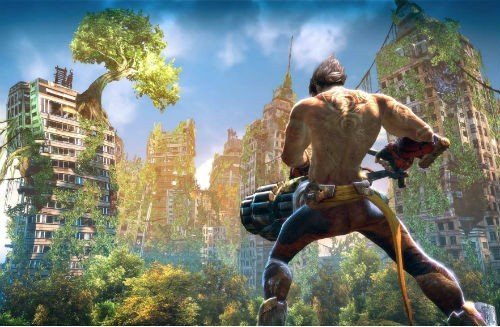 When I’m asked to recommend a game…I always ask “Have you played Enslaved”? This game is good on a level which nowadays is almost exclusively reserved for whatever the latest Naughty Dog game is. Voiced and motioned by the legendary Andy Serkis, Monkey must guide a not entirely helpless girl across a post apocalyptic landscape to safety.

The environments are beautiful – the earth has died and come back to life to reclaim the bricks and mortar that were once major cities and landmarks. The combat is as good as anything out there and the way in which the story climaxes is 2nd only to Spec Ops: The Line in my opinion. A simply stunning game! 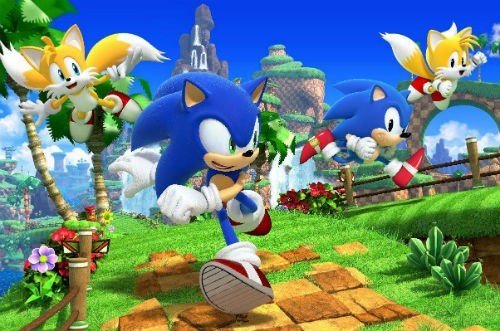 Sonic Adventure and it’s sequel on the Dreamcast lead us all to believe that the blue hedgehog’s life in 3d would be as bright as his overweight, drain unplugging rival. Sadly that hasn’t been the case after failure after failure, the Sonic The Hedgehog franchise was on it’s knees. Then came along Sonic Generations.

It’s an obvious combination…up to date, 3d sonic with all of his modern tricks teaming up with 2d Sonic and everything (including the nostalgia) that goes with it. Admittedly, if you were a Mario fan as a child you’re unlikley to get the best of this game but if like me, you spent most your childhood trying to complete Green Hill Zone faster and faster until you’re eyes became liquid…you’ll absolutely love it! 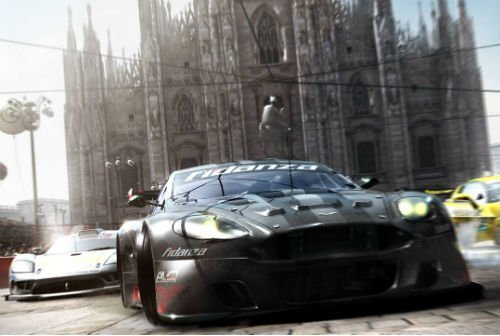 In an age of Forza, Grand Turismo, Project Gotham Racing and Need For Speed. Is there room for another Racing Action/Sim? Well, if the gameplay feels as good as GRID’s then yes!

Developed by Codemasters – many a gamer’s King of Racing Devs and responsible for Colin McCrae Rally and TOCA: Touring Cars on PSOne – GRID feels great and is so addictive, much like it’s racing ancestors.

There’s no need for gimmicks here but that doesnt mean they haven’t given you one anyway…the ability to rewind time! It all seems very Sci-Fi but it works a lot better than you’d imagine. Hours and hours and hours I’ve pumped into this game trying to go quicker and quicker, maxing out lap times and trying to win Le Mans in what is effectively a Ford Fiesta in comparison to some of the beasts hurtling around Circuit De La Sarthe.