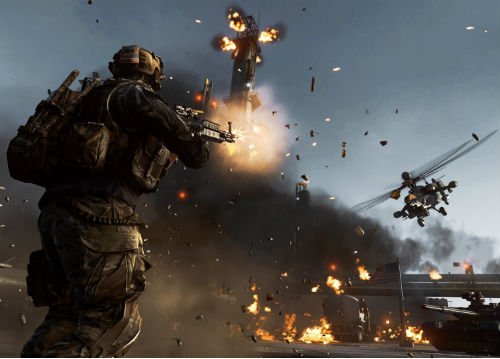 If you are serious about shooting things, check out the exceptional random chaos of Battlefield 4’s battles…
With unmatched technical beauty in both graphics and sound, this game is a most-rewarding multiplayer…The Battlefield 4 multiplayer portion is the the core of the game and features lots of gameplay modes, maps, vehicles, etc… 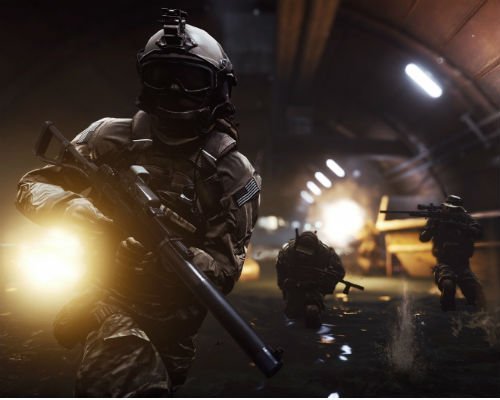 If you want to show off your new next-generation console or powerful gaming PC, this is the game for that.

Here are 10 reasons to play Battlefield 4: 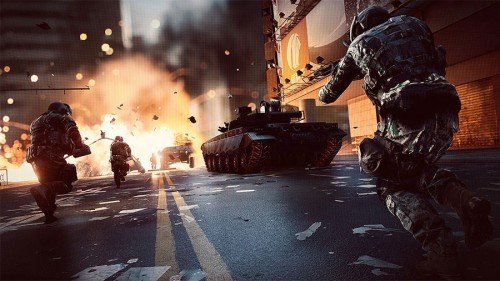 In Conquest, you need to capture and hold bases on the maps. The more flags your team holds, the faster the enemies’ tickets will decrease. Win by reducing the enemy ticket count to zero.

MASTER THE SKIES
They look like ants from up there, don’t they! With all the varieties of jets and helicopters, Battlefield 4 lets you realise your life-long dreams of air superiority. 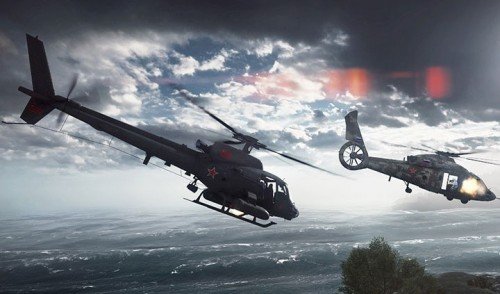 Use your miniguns and missiles against enemy targets or give team members a ride in the roomy transport helis. If you find yourself constantly crashing your attack jets into perfectly innocent pine trees, go practice your flying skills in the all-new Test Range.

COMPETITIVE GAMING
When you’re ready to show the world who’s the Battlefield top dog, you’ll be glad to find that Battlefield 4 is built with competitive gaming in mind. 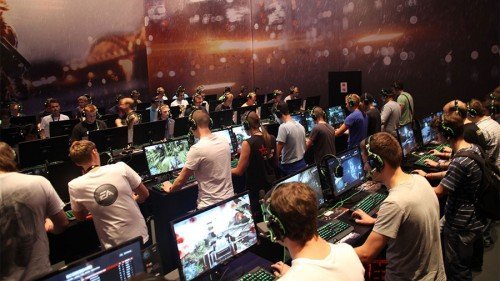 Game modes like Defuse and Domination require you to constantly be on your toes, and the new and powerful Spectator Mode is ideal for elite competitions and live streams.

BATTLEFIELD 4 LIVE STREAM EVENTS
Thanks to the competitive nature of Battlefield 4, the future holds many exciting events and live streams featuring the game. 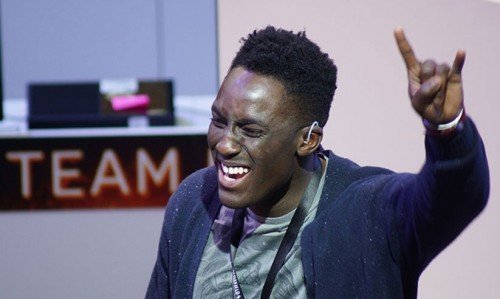 The recent Battlefield 4: Showdown Live – Europe vs USA, where the two continents faced off on Xbox One, was a success and similar upcoming bouts will be action-packed indeed

THE MUSIC OF THE BATTLEFIELD
Can’t stop humming the Battlefield 4 theme? Maybe dropping extra beads of sweat listening to the dramatic score at the end of a thrilling Conquest match? The music of Battlefield 4 is a big part of the experience. 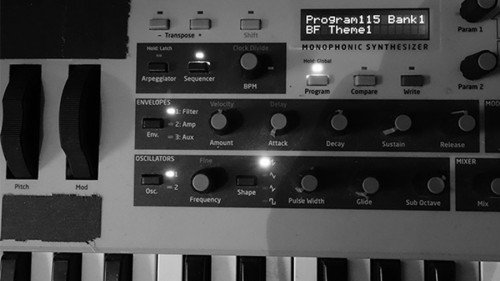 HUNDREDS OF REWARDS
Dedicated Battlefield 4 players will be handsomely rewarded. That’s why there are hundreds of different ribbons and medals to earn for those who excel in different fields – anything from delivering bombs in Obliteration to being an excellent spotter of enemies. 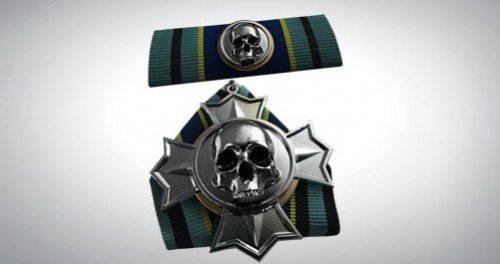 If you show extra dedication, you might even receive one of the sought-after Service Stars.

DOG TAG HUNT
It really is a special feeling, that blend of smugness and excitement. Sneaking up on an unsuspecting enemy, stealing his or her dog tags with a melee attack, and then riding off into the sunset, is one of those small-but-still-great reasons to play Battlefield 4. 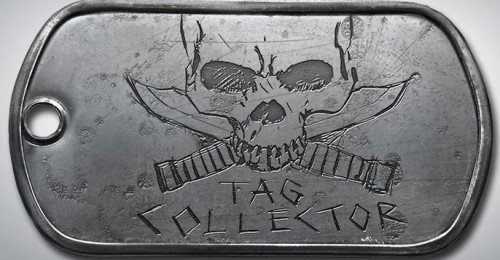 (The feeling when someone does this to you is actually also great – in its own, interesting way.)

SOCIAL SHARING
You’ve just had an amazing match of Battlefield 4, saving the day and taking your team to victory. 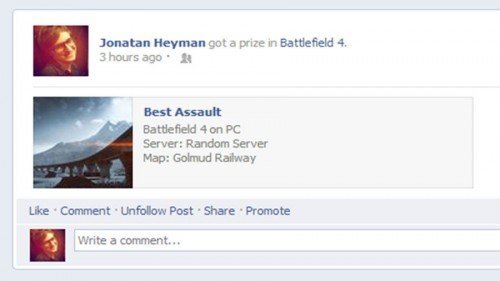 Time to let people know! Through Social Sharing, your Battlefield 4 experiences can be shared on Facebook, letting your friends see what you’re up to – and to join you in-game.

60 FRAMES PER SECOND
Battlefield 4 on next-gen is a true treat as players get to experience Battlefield 4 in all its glory running at a silky smooth 60 frames per second.

This is a huge leap for the Battlefield series on console and made possible by the power of Frostbite 3 and the next-generation hardware. Fans are able to enjoy the loveliness of Battlefield 4 64-player gameplay running at 60 fps, both on PlayStation 4 and Xbox One.

SUPERIOR AUDIO
Shouts of squad members, the roar of tank engines, bullets flying by, and the subtle swoosh of your soldier’s vest. The award-winning audio team at DICE have outdone themselves with Battlefield 4, creating the game’s immersive soundscape. 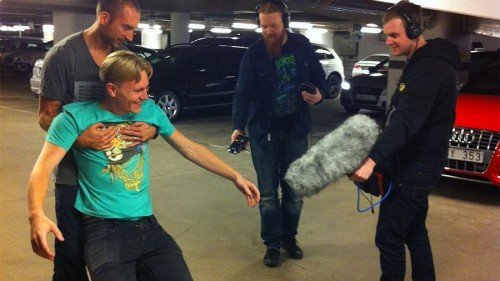 Anything from explosive Levolution moments to subtle map ambience all play a part in the soundscape. Do yourself a favor and get a good audio system and enjoy the ear candy. 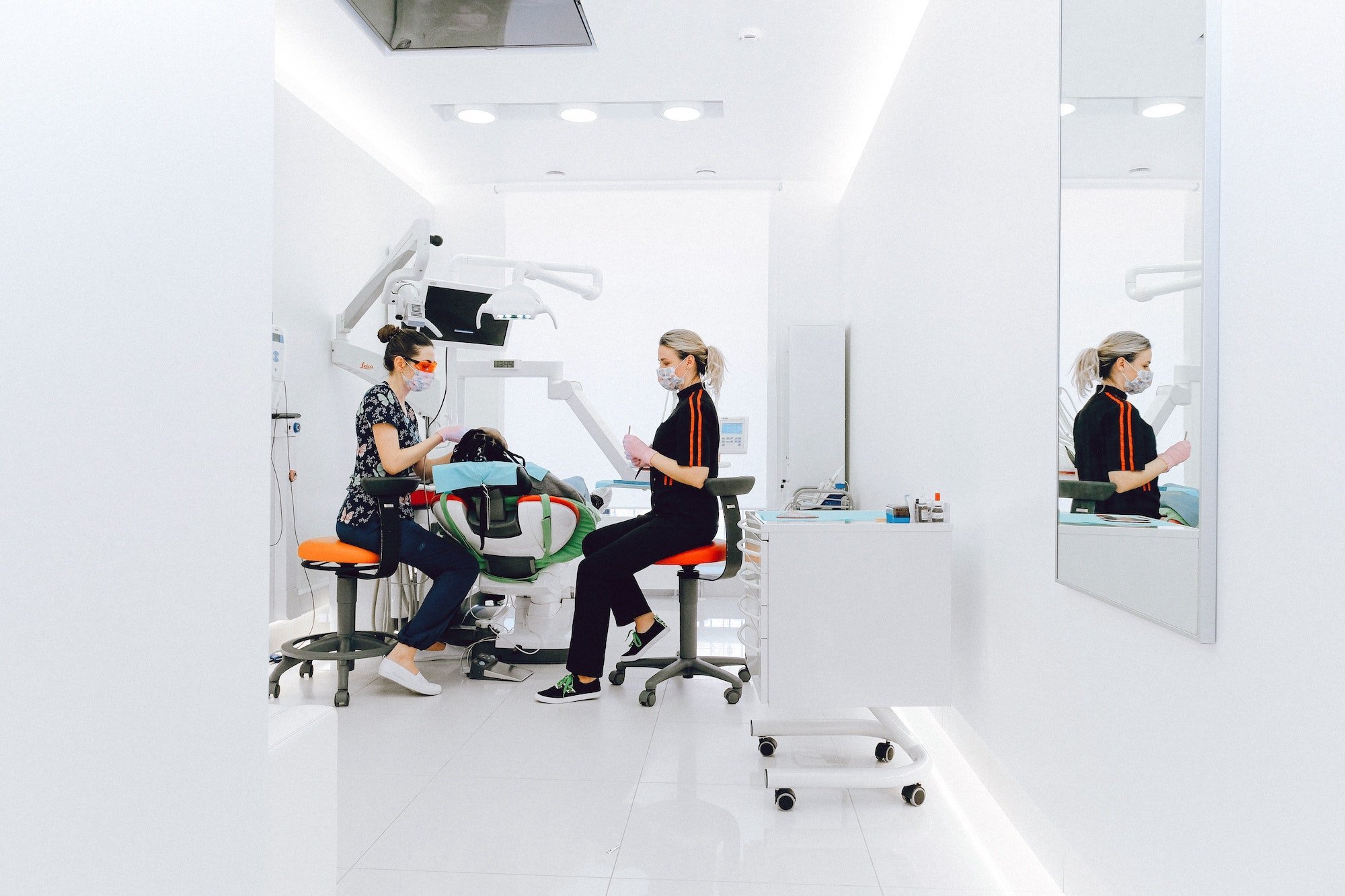 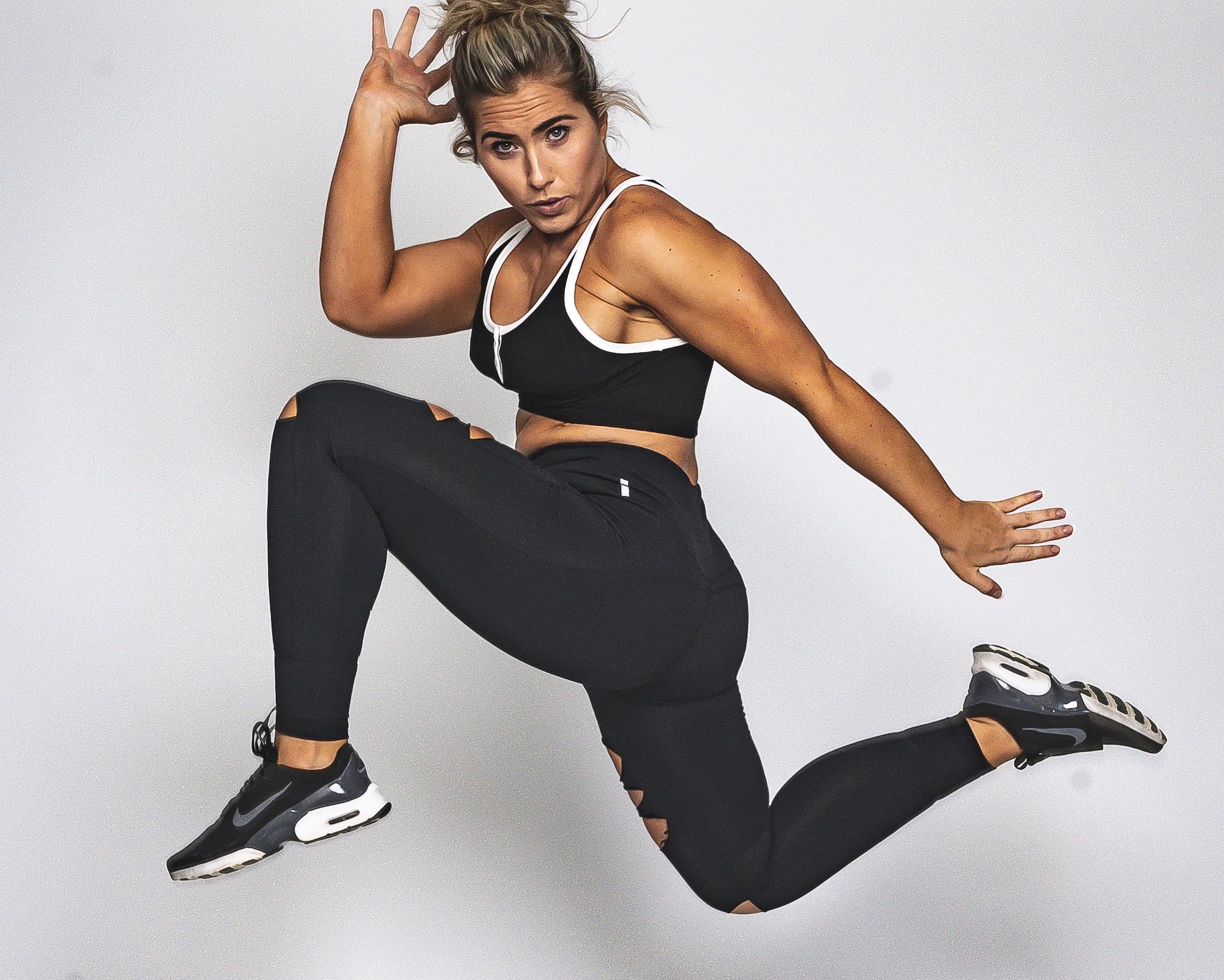