Pendulumâ€™s take on the Coldplay hit â€˜Violet Hillâ€™ has received an incredible reaction since its broadcast on Radio 1â€™s Live Lounge last week. Radio 1 received so many requests for repeat plays that they opted to add the track to their A-list and the track has already been viewed over 30,000 times on YouTube, driven in part by glowing reports across various influential music blogs.

Now Pendulum will mark the launch of their new official website pendulum.com by making their Live Lounge session recording of â€˜Violet Hillâ€™ available as a download single exclusively from the new site. 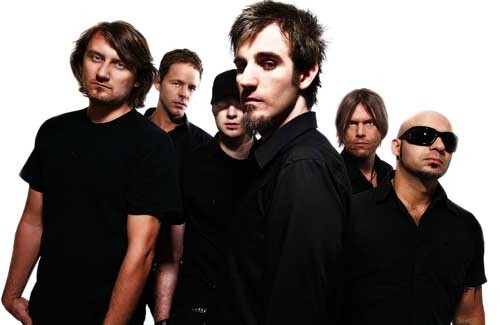 The new website will act as central a hub for all the bandâ€™s activity online, feeding in blogs, pictures and videos from Pendulum on MySpace, FlickR and YouTube. The site will also be launching a members area, â€˜The Other Sideâ€™, which allows registered fans to build their own profiles and upload their own Pendulum content. It also includes exclusive official Pendulum multimedia content including downloads, competitions, pictures and videos.

The success of â€˜Violet Hillâ€™ marks another pivotal moment in an already outstanding year for the band. Their second album â€˜In Silicoâ€™ debuted at #2 in the album charts with over 150,000 sales to date and Pendulum have proved to be a defining highlight of summer festivals including One Big Weekend, Download and Linkin Park and Jay-Zâ€™s Projekt Revolution. Their growing ability to effortlessly cross genres has also recently been rewarded with a Kerrang! award nomination for Best Single for the track â€˜Propane Nightmaresâ€™.

Pendulumâ€™s summer festival performances conclude in August with dates at Reading, Leeds and Creamfields. They will then return in November and December to play their biggest UK tour to date that includes two nights at Londonâ€™s Brixton Academy.